How Does The Mediterranean Diet Work?

The Mediterranean Diet is not a weight-loss diet in the traditional sense. Rather, it is the diet of a specific region that has evolved over time. The Mediterranean diet is popular because it is a well-balanced, healthy diet that does not necessitate strict rules. This diet, which is common in Mediterranean countries such as Greece, Italy, Spain, and Croatia, is thought to be linked to a lower risk of cardiovascular disease.

Mediterranean Diet: These Foods Are One of Them

The Mediterranean diet is a well-balanced combination of foods. It consists primarily of fruits and vegetables, olive oil, fish and seafood, nuts, poultry, and small amounts of red meat.

More specifically, the following ingredients make it simple to alter your eating habits:

Lose Weight With The Mediterranean Diet

To lose weight on a Mediterranean diet, as with any other traditional weight-loss diet, more energy must be consumed than is consumed. However, it is critical to reduce the amounts of fat, carbohydrates, and, most importantly, sugar. A Mediterranean diet modification to a flexi-carb diet based on Mediterranean cuisine could be a good way to lose weight. It’s not easy to tempt you with dishes like pickled antipasti, tapas, pizza, and pasta.

Studies On The Mediterranean Diet

The PREDIMED study (reviewed in 2018) found that serious cardiovascular diseases (death from cardiovascular causes, heart attack, and stroke) occurred 30% less frequently in the study group. This was done in conjunction with a Mediterranean diet supplemented with a bottle of olive oil or 30 g of nuts per day.

Another research group compared the effects of a Mediterranean diet on metabolic syndrome in several studies. The findings were published in the Journal of the American College of Cardiology in 2011.

The researchers’ conclusion: A Mediterranean diet rich in olive oil and fruits, vegetables, fish, and seafood can reduce and prevent metabolic syndrome and secondary diseases such as vascular calcification, diabetes, and the risk of heart disease and stroke.

A typical menu for the day with a Mediterranean diet could look like this:

Benefits Of The Mediterranean Diet

Cons of the Mediterranean Diet

The Crete Diet is Very Similar

Nutritional studies in Crete began as early as the 1950s, yielding similar results. According to this, cardiovascular mortality is much lower in Crete than in other Western countries. A phenomenon that may be explained by the Cretan diet, which is similar to but not identical to the Mediterranean diet.

Your body is as unique as your personality. You must determine which diet works best for you. We’re just giving you a high-level overview. However, the following applies in general: An active lifestyle that includes a well-balanced diet and plenty of exercises is still the most effective way to stay fit and achieve or maintain a healthy weight. 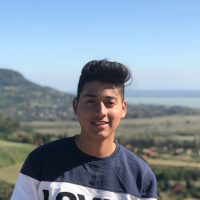 Pink Yogurt Smoothie Bowl Made With Fresh Blueberry and Seeds

Fit, Healthy, Beautiful: Why You Should Eat

Do you want to shed unnecessary ballast and go through life

Belly Sculpting: This is Behind the French

A flat stomach with a tight waist and gently protruding abdominal

Vitamin D Deficiency: This is How it

While we usually get a lot of sun in spring and

Get Rid of Your Double Chin With

Double chin: The killer in every photo. Because yes, bacon under the

Better Than Any Diet: 5 Nutritional Tips

You don’t feel really good in your body, but diets only