What Temperature Should a Newborn Have

In infants, in the first months of life, all systems of the body continue to form, including the mechanisms of thermoregulation. Therefore, the body temperature of a newborn may have indicators that differ from those to which adults are accustomed. We propose to figure out which numbers are normal and which ones require immediate intervention.

Temperature Standards for a Child Under One Year Old

The thermoregulation system is formed by the end of the first year of a baby’s life. Until this time, the child adapts to the external environment, which is much less comfortable and unusual for the body than the mother’s womb. The body of a newborn learns to perceive various influences, reactions to heat, cold, food are formed.

In the first days after birth, indicators up to 37.5 degrees are considered normal when measured in the armpit, up to 37.3 – in the mouth and up to 37.7 with rectal measurements. It should be borne in mind that such numbers do not indicate a high temperature, provided that they feel well – if the child normally eats, sleeps, he has stools and urination.

As the baby adapts to the conditions of the external world, full-fledged thermoregulation is established, and the indicators approach the usual ones. Below are the values ​​that you can focus on:

It is considered normal to rise to the upper level, when the child is actively moving, cries or screams for a long time. If the indicator stays at the maximum age mark for a long time or exceeds it, it is worth excluding possible provoking factors.

Reasons for Deviation From the Norm

If an adult’s body temperature rises against the background of infections, colds or inflammatory processes, then the baby has much more reasons for deviations from the norm.

In addition to environmental factors, increased body temperature also occurs with internal problems: prolonged constipation – more than 3 days on artificial feeding and more than 7 days on breastfeeding, SARS and intestinal infections, inflammation of the mucous membranes of the eyes, ears, nose. It is important to closely monitor the child’s condition and call a doctor at the slightest suspicion of a problem. Infectious and inflammatory diseases in children 1 year of age are a rather serious situation that requires careful monitoring.

On the first day after birth, lower values ​​are considered the norm – the child’s body gets used to the air environment after the water one. At the same time, the baby is born with the same temperature indicators as that of the mother, and for the next several hours the values ​​decrease in response to the abruptly changed microclimate of the surrounding space. After 1-3 days, the numbers come to the age norm, while in premature babies this period may be somewhat delayed.

In the first year of life, the appearance on the thermometer of values ​​below 36 degrees may be due to the following factors:

Deviation downward from normal values ​​in a newborn is also possible with anemia, congenital hypothyroidism, hypoglycemia.

When Can You Shoot Down and When You Can’t?

Pediatricians do not recommend giving antipyretic drugs if the thermometer mark does not exceed 38.5. Such indicators are considered a normal sign of the activation of the immune system, which fights against viruses and bacteria. It is important not to interfere with the body’s defenses, especially in the first two days of the disease, when the highest concentration of pathogenic microorganisms is observed. But you shouldn’t let things go by themselves.

However, the mark above 38.5–38.7 indicates intoxication. In newborns, any pathological processes develop quickly, which is dangerous with complications. At a high body temperature, vascular spasm and convulsions may occur, so timely measures are necessary.

Be sure to lower the temperature in a newborn baby:

The best solution is to call your local pediatrician or ambulance. Before the arrival of the doctor, you can independently give the child’s dosage of approved drugs.

Actions at Low and High Values

In some cases, to reduce the body temperature by 1–2 degrees, it is enough to create a comfortable microclimate in the room – to ventilate the room and maintain the temperature in the room up to 20–22 C °. Also, to alleviate the condition of the child, dress him in light clothes – cotton panties and a T-shirt, a bodysuit. Constantly offer a slightly warm drink – breast milk, water, if the baby is more than 6 months old – compote, herbal tea, fruit drink. Provide a relaxing pastime – eliminate active games.

When the temperature drops, it is worth doing the following. Dress your baby a little warmer and keep things dry. It is better to preheat them with an iron. Give warm drink, eliminate all drafts in the house. Try to let your child sleep, and then offer active, but not too tiring and exhausting games.

If body temperature readings remain low after crying, activity, or eating, look for other disturbing, unusual symptoms. Be sure to inform the doctor about the newborn’s discomfort.

Avoid overheating and hypothermia of the baby, following the recommendations:

The most important thing is a sober mind. Children in the first 12 months of life are very vulnerable. But this does not mean that it is necessary to give medicine at the slightest symptoms and suspicions, but it is not worth it to be indifferent either. Remember that the chances of overheating and hypothermia are very high when adults go to extremes with clothing, airing, and bathing. It is optimal to put on the baby 1 layer of clothing warmer than yourself, and in the house to create a comfortable temperature environment while maintaining normal air humidity. 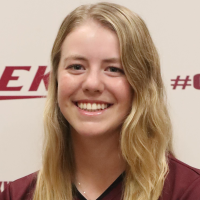 A recent mom, Tori kind of took rebirth after she became pregnant with her first child. Since then, she has been researching quite a lot and is trying to become a 'Perfect' mom to Danny.

Make Sunscreen Yourself at Home Easily

Excessive hygiene often does more harm than good. On the other

When to Teach a Child to Eat

Newborn Weight Norms According to WHO Standards

The norm of the weight of a newborn child is one

The Development of Speech in a Child

A new period begins in the development of the child’s speech: